Posted on November 16, 2009 by gettinitpegged

Well…we’ve been keeping you all in such terrible suspense, I know!  It’s time to alleviate your “dying to know” strains, lol…

As you’ve already read, Isela Phelps, Jenny Stark, Shannon Erling, and myself have been very much blessed to be able to have the opportunity to work on a project together for Provo Crafts!  It’s been an absolute fantastic time getting to know these 3 ladies better and in person!!!  I’ve enjoyed every minute of it, truly!

The first part was to help produce a new infomercial promoting the Knifty Knitter Looms.  The 2nd involved another trip on a plane to Utah, to create a tutorial project DVD that will be placed into every package of Knifty Knitters sold…can you believe it?! 😀  This is so exciting!  We each got to show, step by step, how to do 3 projects… the ones I demonstrated were these: 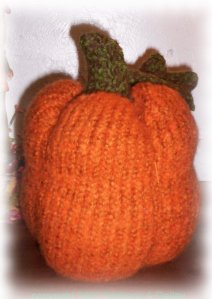 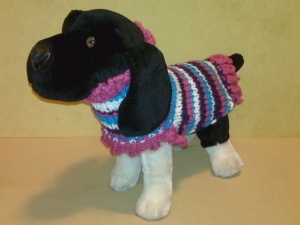 After the filming, I was met at Provo Crafts by Jenny, Isela, and her hubby, Sam! 😀  We all went on a fun tour of the whole facility, and then headed back to the hotel to freshen up for dinner.  Sam was great to taxi us all around town, searching for just the right place to eat…we ended up at TGI Fridays, and the funny thing is that we all ordered the exact same thing: Combo Chicken/Steak Fajitas!  Mmmmm…they were delish!  Isela was once again very happy to be fed, lol. ;D  Sam was a really fun person to meet and get to know a bit better.  He has a great sense of humor and a quiet, polite personality.  Between the two of them, Isela and Sam make a very cute couple indeed!   We were all joking and laughing throughout the entire meal, and just having a great time in general. 🙂

Then it was back to the hotel where Isela gave herself a manicure for her filming the next morning, and Jenny finished up some last-minute looming on her projects for the next afternoon.

Then, guess what?  I got to have a sleep over with Miss Jenny Stark! 😀  She’s such a little sweetie and even though she has a very quiet demeanor, put her in pajamas and she’ll talk your ears off, lol!  hehehe…I’m just joshing…we both had plenty to say to one another, and I completely enjoyed having her company that night.  She’s really a true kindred spirit!  Thanks so much for your friendship, Jenny!

Here are 5 things I learned about Sam:

Well…that’s about it for now…except to remind you to be watching for our smiling faces and loomy projects in the new infomercial that should be making it’s debut the week of Thanksgiving on most major networks, including your local and DIY channels.  It will be just like we’re popping by to chat about looming for a bit, right in your own living room, lol! ;D

Have a wonderful week!